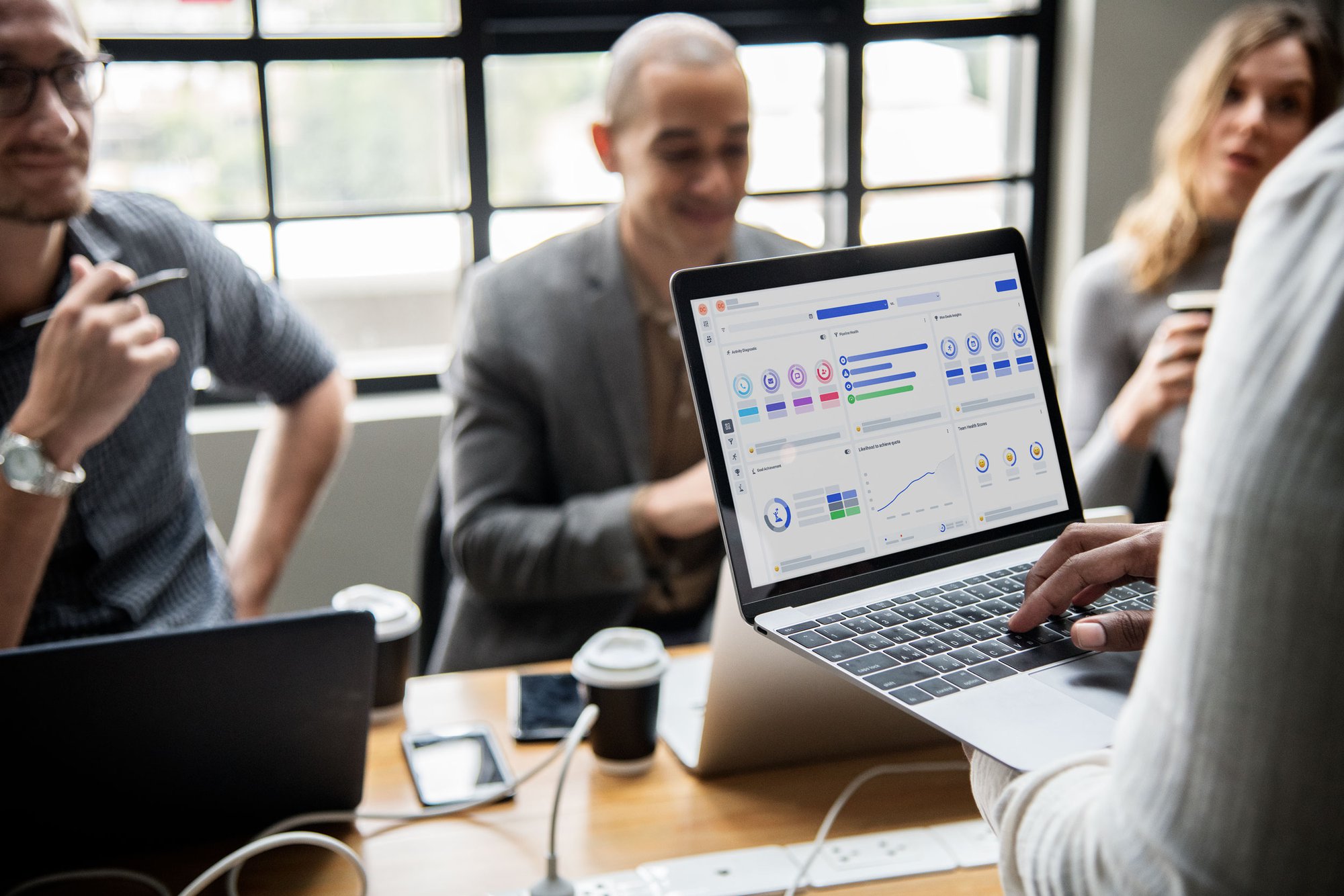 Sales Reps can now focus on the right deals at the right time. The "Deal Manager" will provide sales reps with all the important information they need, providing them with recommendations towards the next best step to close more deals faster. 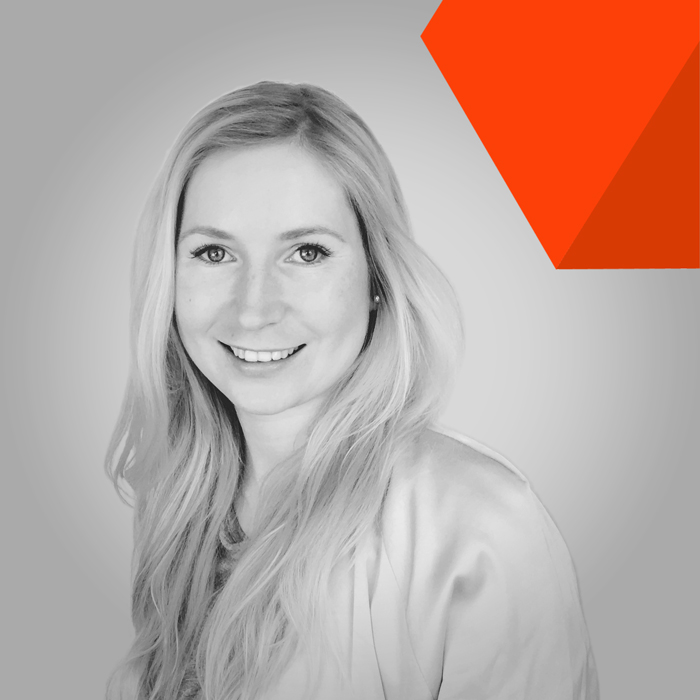 Making intuitive decisions based on prior experience and working through tasks one after the other has long been the daily routine of sales reps in many B2B sales organizations. A gut feeling may serve as a good starting point for some sales activities, such as striking up a personal conversation with a customer. However, the gut-feeling approach to decision making contributes very little when compared to data-driven selling in the new age of Sales 4.0.

Without deal prioritization based on data analytics, sales reps are not focusing on the most important activities and deals in the sales pipeline.

Take the Test: Want to better understand your selling approach and find out which sales personality type you are?

Recent structural shifts in SaaS sales towards digital first and hyper-automation have finally made it possible to take full advantage of sales cycle data. Dealcode's Deal Manager is backed by AI Guided Selling Software that analyzes data from your Hubspot or Pipedrive CRM. The software then presents sales reps with key metrics they can utilize to determine the best activities and strategic approach to a particular deal. This further enables sales reps to use their own resources as efficiently as possible for greater success.

The Deal Manager has “Deals to Watch” on its Radar

Which opportunities in your pipeline are deals to watch - or deals that are in acute danger of being lost? Without AI-supported analyses, this question is becoming ever more difficult to answer in increasingly complex daily sales operations.

Salespeople are always managing a large number of different sales processes simultaneously. As a result, sales reps can only devote their attention to so many things at one time.

In ordinary sales organizations, sales reps usually only have their eyes on the deals they are currently working on, which is about 20 percent of all deals in the pipeline.

As a result, many of the deals in the sales funnel that require immediate attention often go overlooked. These can be deals of strategic importance to the company's goals or potential sales your business has already pumped a great deal of resources into. Many of these deal may even have already been as good as won.

This ensures that the sales team's attention is focused precisely on the deals that are most important to fulfilling the company's goals.

10 Tips for Better Selling: What The Most Successful Sales Managers Do Differently

Clear Presentation of all Important Deal Data: Action over Insight

Many sales reps feel overwhelmed by the poorly structured visualization of large amounts of data in their CRMs. Reps also find it difficult to derive strategically meaningful sales activities and maintain an overview of their active deals.

The Deal Manager only presents deal metrics sales reps can use to inform strategically important decisions. For sales reps, a deal’s most relevant key metrics include:

Do you want to close as many deals as possible as quickly as possible? With the help of the win probability percentage in Dealcode’s Deal Manager, sales employees can quickly see which deals can be won particularly quickly and which are likely to tie up valuable resources.

The probability of winning a deal changes with each activity performed (or fails to occur). For this reason, the AI individually documents, evaluates and continuously updates all actions in real time. This provides sales reps with an overview of all key deal activity data necessary to be able to act at any time.

The individual life cycle of a deal also plays a major role in calculating its win probability. After all, the longer a deal has been in the pipeline, the lower the chances of success are for each sales activity. Even the most productive sales teams have deals in the pipeline that have been open for (too) long.

The Sales Rep Dashboard reveals stuck deals in the sales pipeline by displaying deals with decreasing winning probabilities. The next step is to disqualify these deals.

The Deal Manager makes it easier for sales reps to set the right priorities and generate maximum revenue with efficient use of their resources over time.

Read more: Learn more about how you can increase the productivity of your sales team.

How much higher could your sales revenue be if you stopped investing valuable resources into deals that ultimately never happen?

The Deal Manager’s Risk Level is indicated numerically from 1 to 9, where 1 is the lowest and 9 is the highest risk that a deal can no longer be won. This lets sales reps know which deals they should no longer invest their time in.

A rising risk level tells sales reps that it's time to either take action quickly or abandon the deal if the risk level is already too high.

Here’s an example: Dealcode calculates a winning formula for each partner that specifies how to close a deal the fastest - tailored to you and your business.

For the example company, the individual win formula states that it takes an average of five calls, one demo, and one offer before the deal closes. However, if the deal has already been open for 100 days, the risk level increases if too few of these activities have taken place within a specific time period.

Just like the winning probability, the risk level is closely linked to sales activity and the length of time that deals have been active within the pipeline to date.

How are Winning Probability and Risk Level Related?

In a way, Risk Level is also closely related to the winning probability, yet both parameters follow different rules and are calculated using different algorithms. Therefore, although they often appear to move parallel to one another, they do not always do so.

For example, as the risk level of a particular deal increases due to a lack of activity, the probability of winning may still remain high due to the fact that a very loyal customer is at the other end of the deal.

Without an alert function, even well-organized salespeople often miss critical moments in the sales cycle. For example, one of these critical moments may be an overdue follow-up with a potential customer. When essential activities such as these are forgotten, important deals can be lost quickly—often without the sales team even being aware of it. The Deal Manager's alert function ensures that sales reps no longer lose sight of key sales activities critical to success.

It's not just sales managers who want to keep tabs on pipeline health and overall sales performance. Sales reps also want to be able to celebrate their successes. The AI analyzes all open deals including their deal volume, closing probabilities and risk levels. Based on the prediction of how many additional deals in the pipeline are likely to be won, the Deal Manager’s AI calculates the pipeline score.

The result? Each sales rep now has their own sales forecast available to them in the Deal Manager’s dashboard and can better assess and compare personal performance to targets set by the team lead. For added support in measuring sales performance, the software also possesses an integrated sales activity tracker.

Experience shows that sales rep motivation often improves if they have clear insights into basic company goals and can easily imagine how their own performance contributes as an important component in achieving these goals.

The Deal Manager helps to increase motivation among sales reps by visualizing their own as well as general sales forecasts. After all, teams can only properly celebrate wins when they know what has lead to their success.

Dealcode visualizes all activities and open deals from data in CRM systems. Sales Reps can then easily identify the best next steps to take and schedule them as To Do's within the Deal Manager’s Dashboard.

Even with optimally organized sales staff, planned tasks are left undone at the end of the day. To prevent these from falling by the wayside, a notification function is integrated into the Deal Manager. Overdue tasks are always displayed first in the Deal Manager dashboard. The notification feature also allows sales reps to be directly informed of important changes, such as when the win probability alters, if there is a new deal at risk, or if the team lead assigns new tasks, and so on. This ensures that sales reps don't lose sight of critical tasks.

So far, Dealcode's Deal Manager has only been available for Hubspot and Pipedrive CRMs. With advances in technology, more CRMs will soon be able to connect to the AI Guided Selling Software in which Deal Manager is integrated.

With the help of Deal Manager, you empower your sales team to make the right strategic decisions based on data-driven analytics. 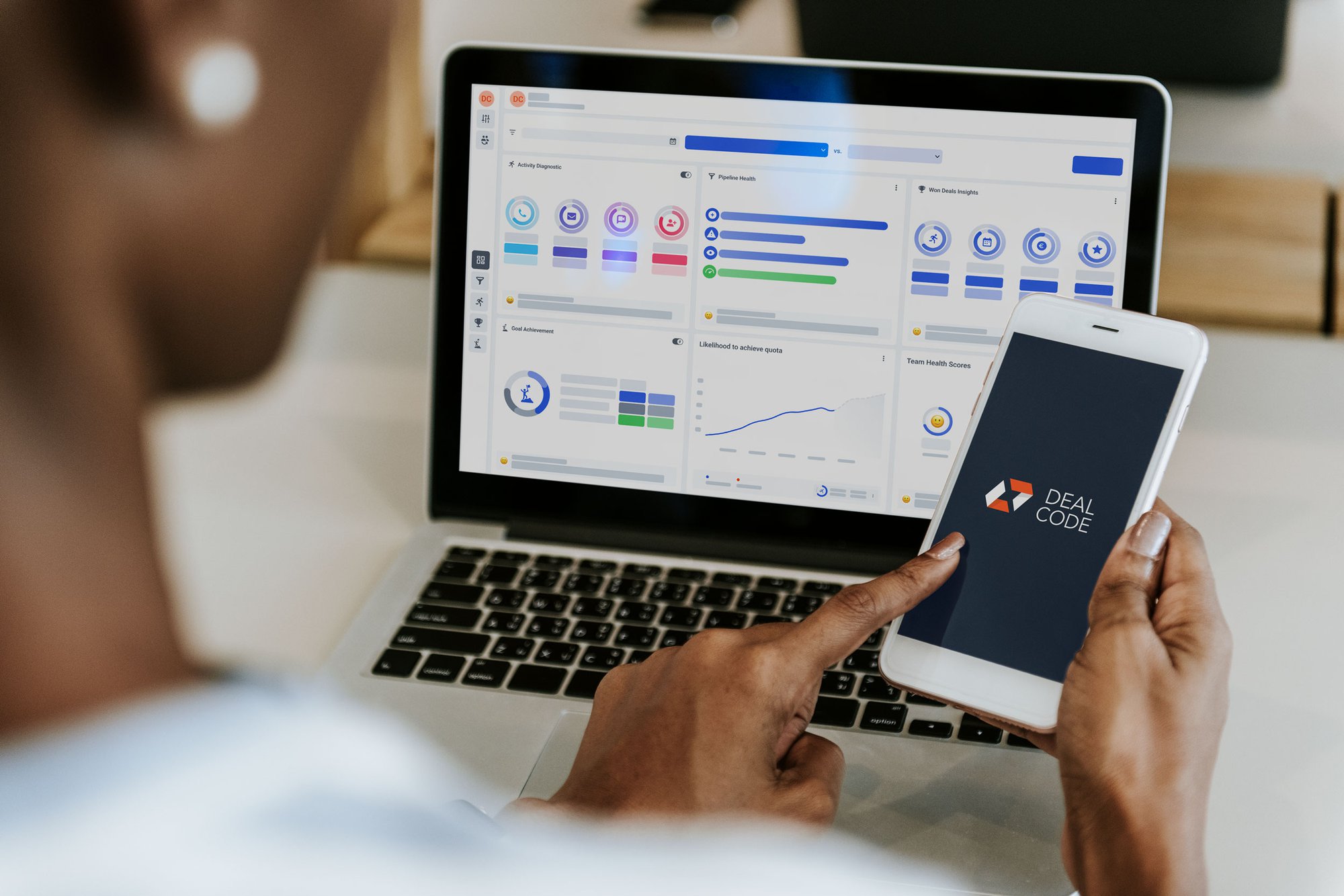 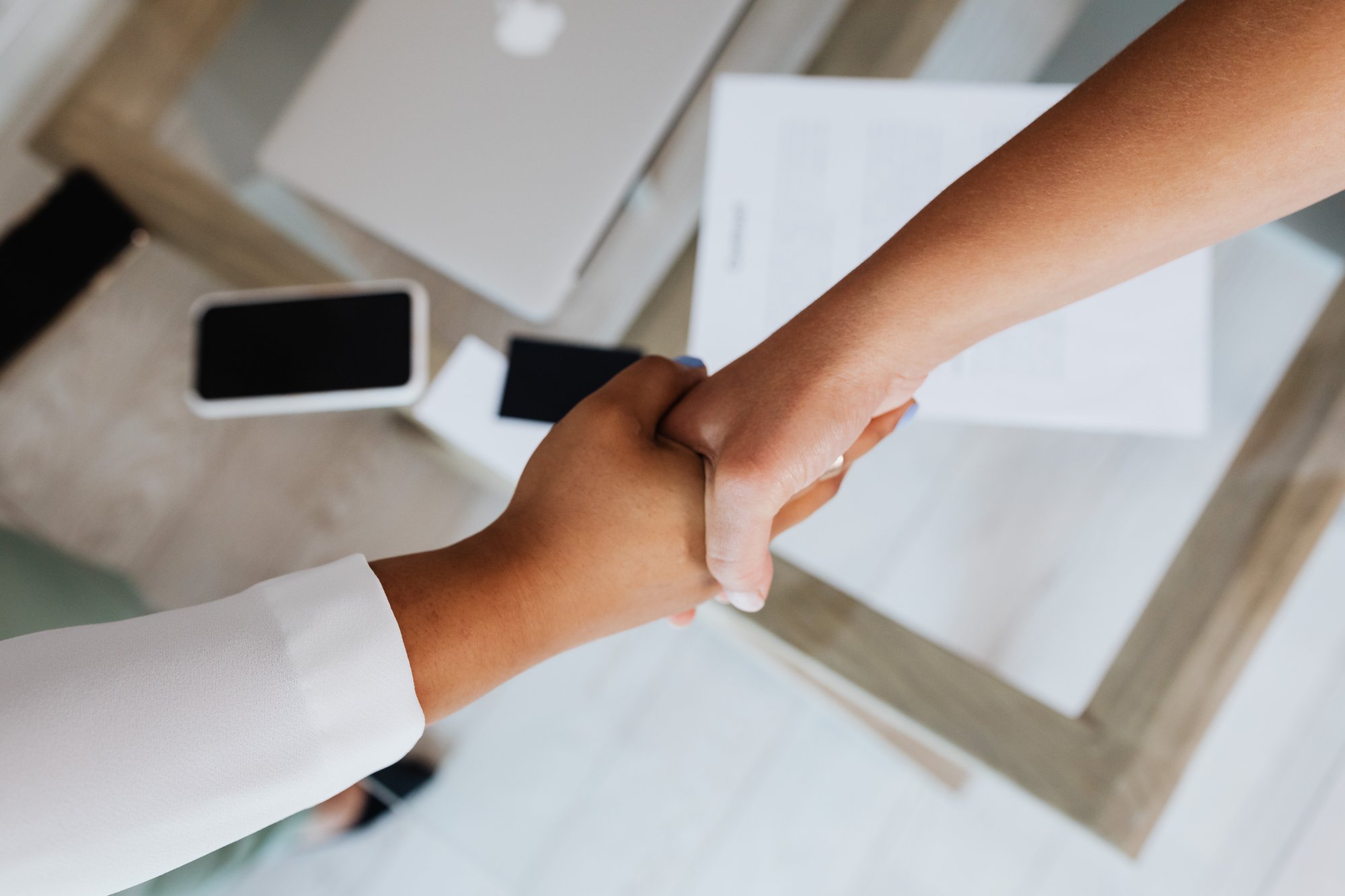 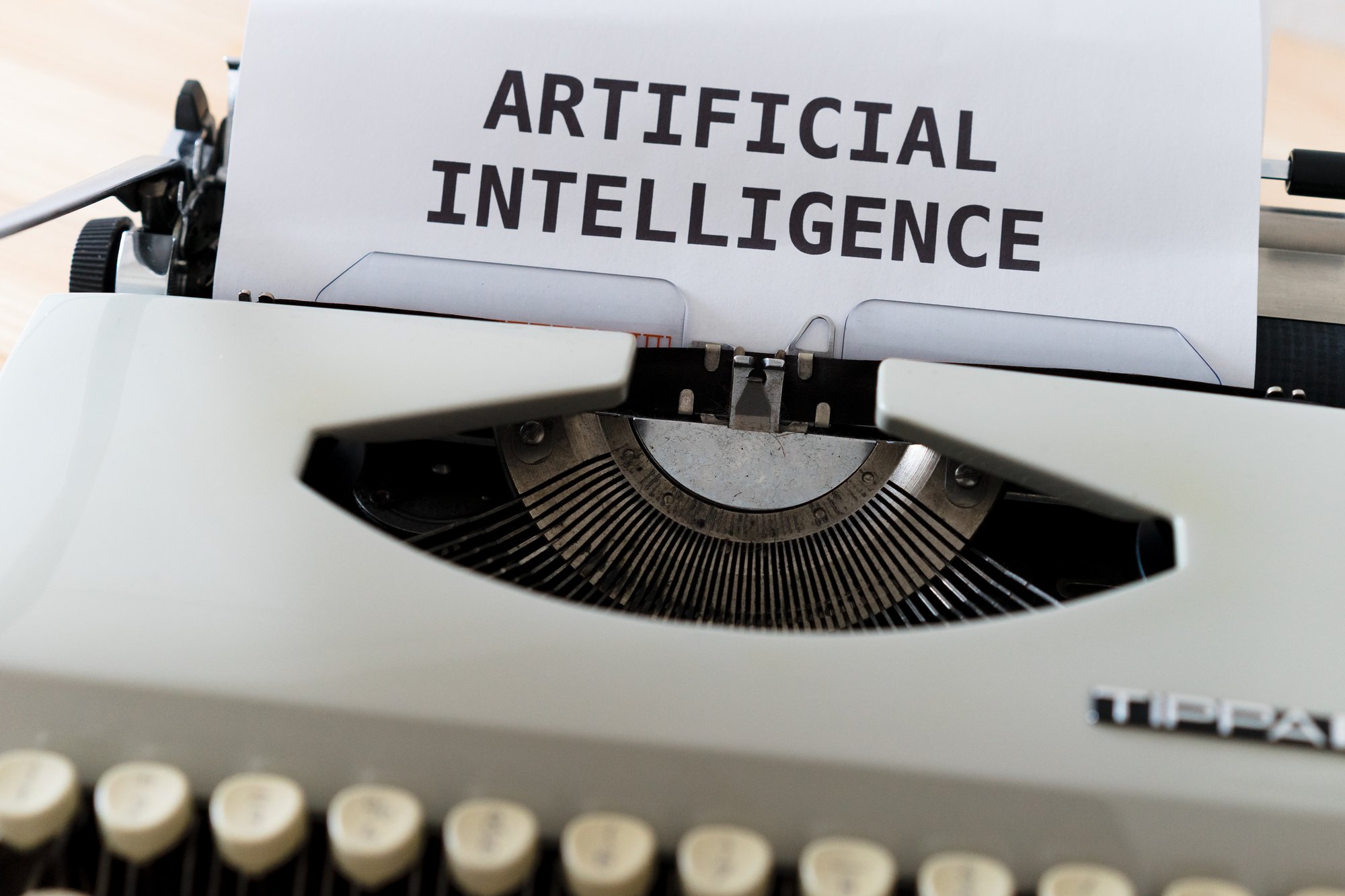 Machine Learning in Sales - What do Dealcode’s models do?

If you're not using data to drive your decisions, you're falling behind. Read why data-driven decision-making is essential for businesses of all sizes and which solutions Dealcode provides.

How Artificial Intelligence is Disrupting the Sales industry

Artificial Intelligence can increase business revenues by up to one third and help Salespeople to automate many tasks and processes to produce better results. 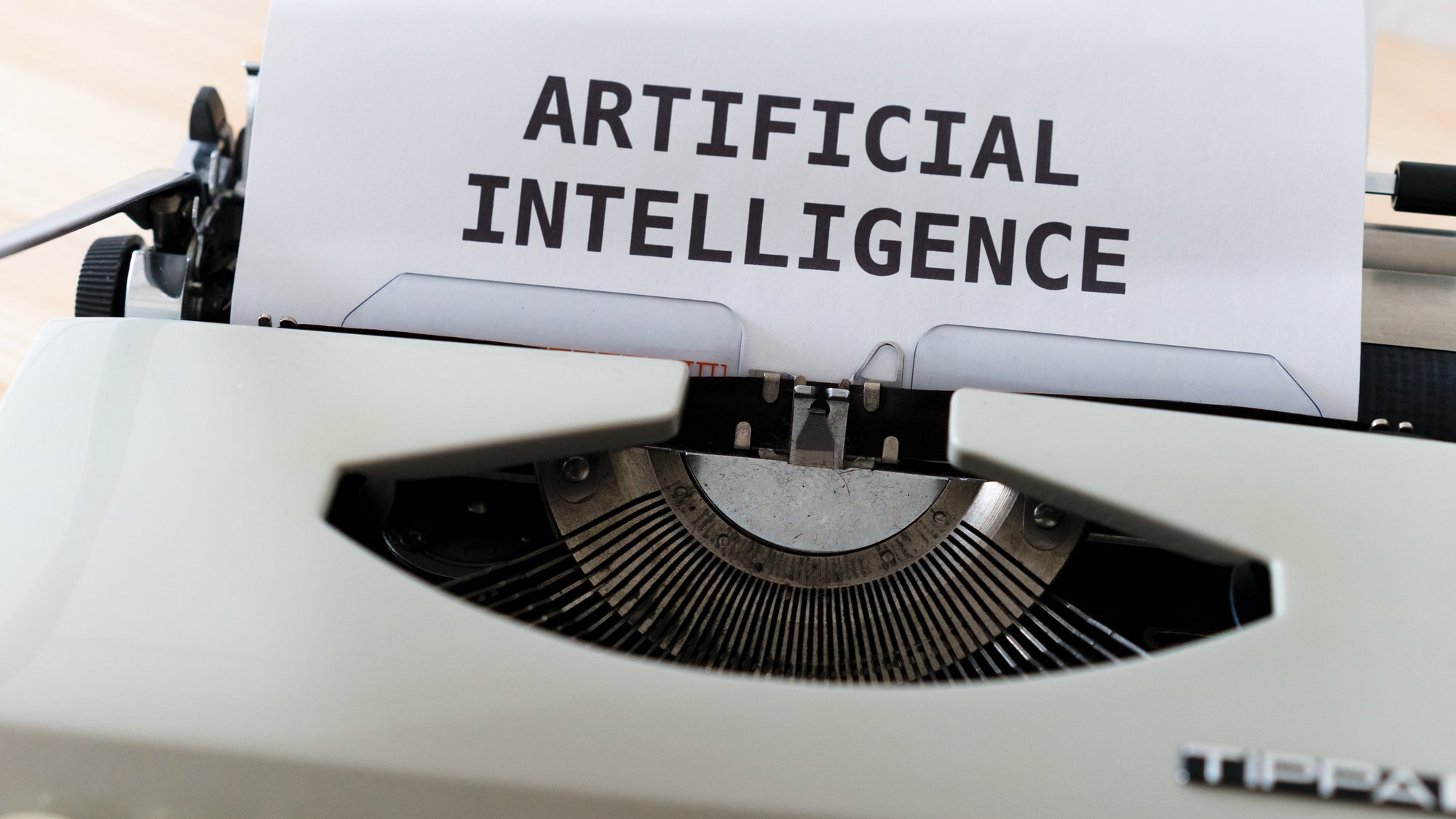 AI for Sales: A Current Outlook on Artificial Intelligence Capabilities

Industry expert surveys state that 88% of CSOs have considered or have already taken the leap towards investing in AI analytics tools and technologies. Are you among them?